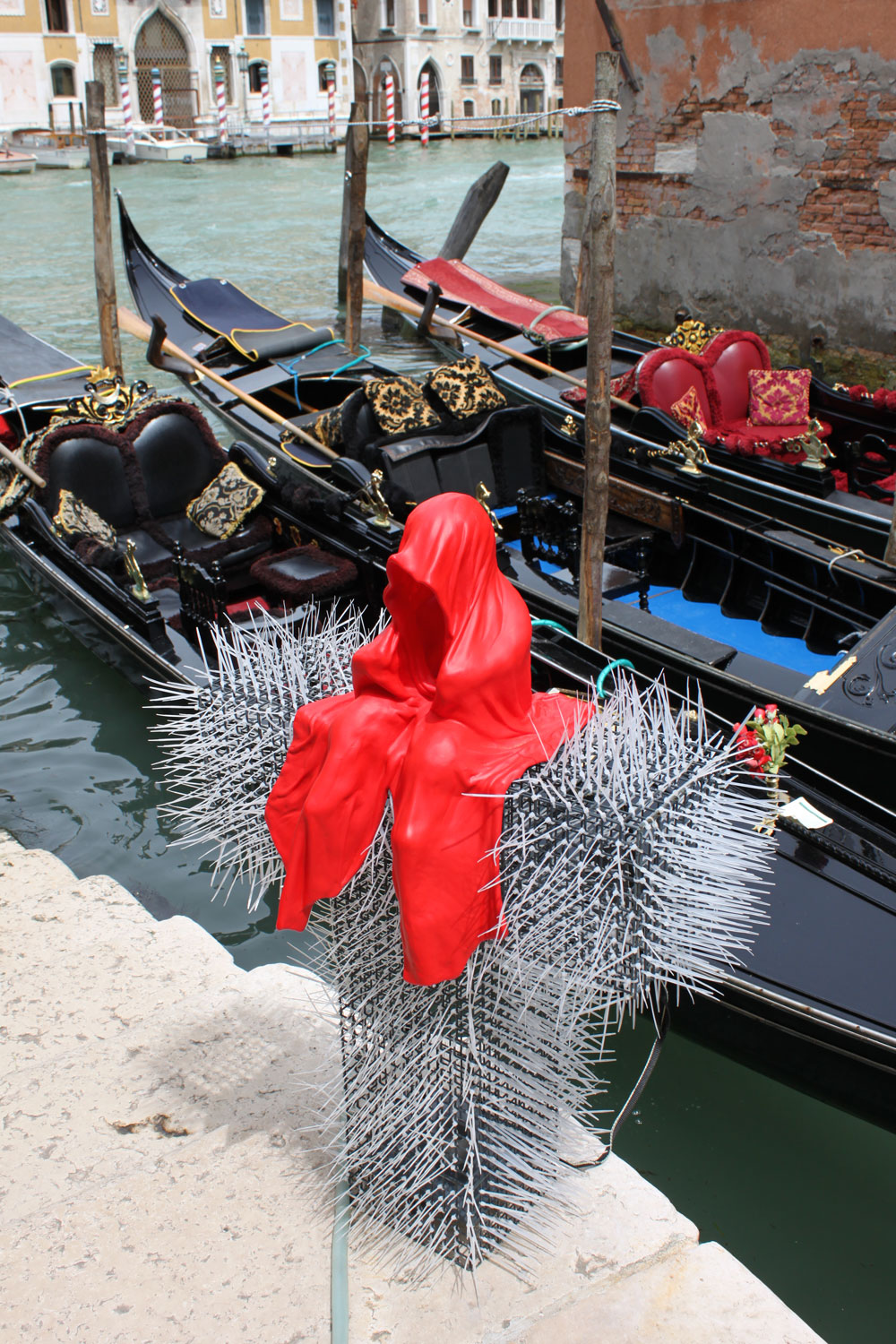 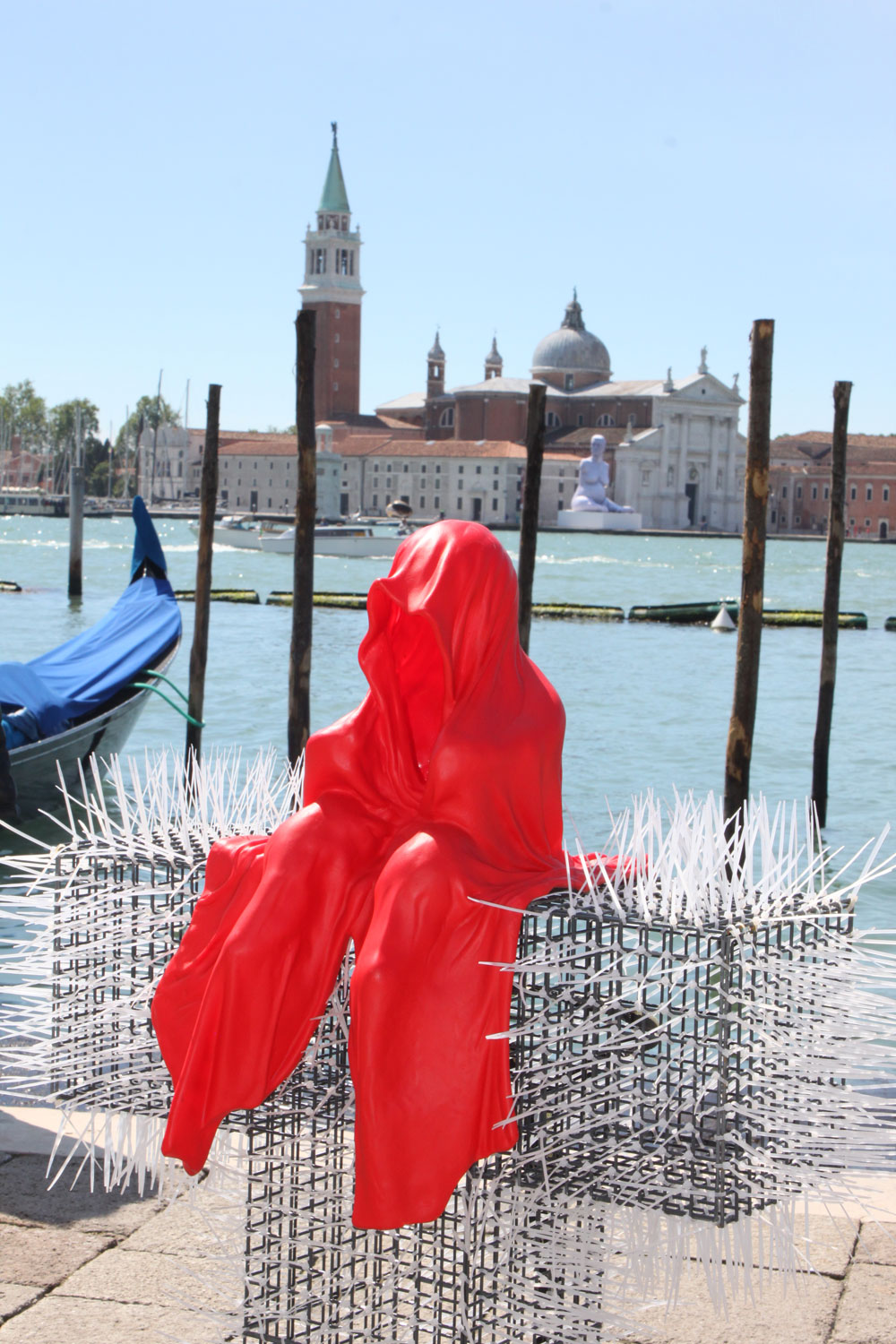 Here’s a new definition for “art on the move.” The “T-Guardian” sculpture, designed by artists Christoph Luckeneder and Manfred Kielnhofer, currently on a global tour of the world’s museums and exhibition spaces, has made its way to Venice for La Biennale—and it’s showing up in a new spot around the city each day. Luckeneder and Kielnhofer, both from Austria, have collaborated together before, most recently in a show at Gallery Liebau in Burghaun, Germany.

The T-Guardian piece, which depicts a cloaked red figure seated atop a metal cross covered in “spikes,” combines familiar forms from both artist’s body of works. Kielnhofer is known for his various depictions of the “Timeguard” figures, shrouded figures that recall themes from fantasy, mythology and the gothic. Luckeneder is known for his series of “light cactuses”—wire sculptures that play with various colors of light. Here, the two forms are juxtaposed, creating a new iconic, striking piece.

The only question is—where will it show up next? [ Christoph Luckeneder ] [ Manfred Kielnhofer ]