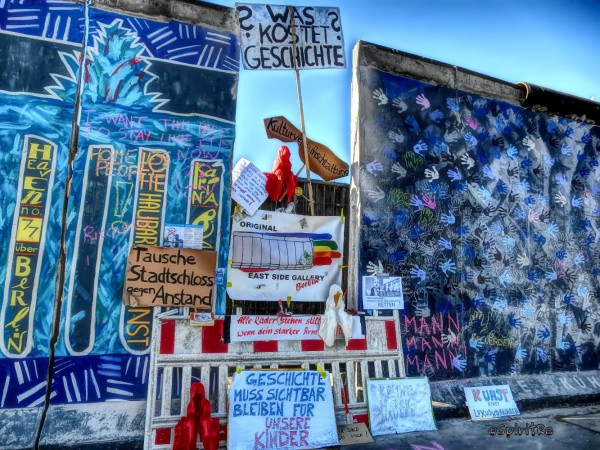 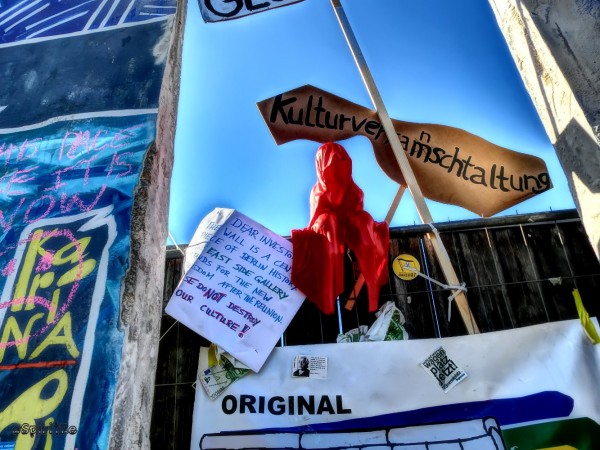 BERLIN — After facing protests, a real estate developer has put on hold until at least mid-March plans to remove a piece of one of the few remaining sections of the Berlin Wall, and the city’s mayor said Monday that he would try to ensure the structure is preserved.

On Friday, hundreds of angry protesters prevented construction workers from removing all but a tiny piece of the East Side Gallery wall to make way for an access path for a luxury housing project.

Plans called for the removal of a 22-meter (yard) section of the 1.3 kilometer (3/4 mile) stretch of wall, which was painted by artists after the fall of communism and is a popular tourist attraction.

The wall section stood on the eastern side of the elaborate border strip built by East Germany and, when the border was closed, carried none of the graffiti that covered the western side of the wall.

Several thousand demonstrators protested against the construction plans on Sunday.

Work was supposed to resume this week, but Volker Thoms, a spokesman for project investor Maik Uwe Hinkel, said Monday it has been put on hold to allow for further discussions until at least March 18, when a forum that brings authorities together with locals is scheduled to meet.

Over the weekend, Hinkel spoke with Berlin Mayor Klaus Wowereit. The mayor publicly stepped into the dispute for the first time on Monday, issuing a statement in which he said the removal of the wall section „does not appear necessary.“

Wowereit said that an alternative should be found to the removal, which was authorized at a lower administrative level – by the city district in which the East Side Gallery stands. He said the city government will try to find a solution. ….
http://www.globalpost.com/dispatch/news/afp/130303/protest-preserve-berlin-wall-grows